Reading his biography, one could probably rationalize why Robert Indiana had a reputation for being somewhat unpleasant. He was adopted, he had transient parents who later divorced, and was repeatedly taken advantage of, which includes the copyright debacle of LOVE, as well as the requests for art and more late into his life (speculation). 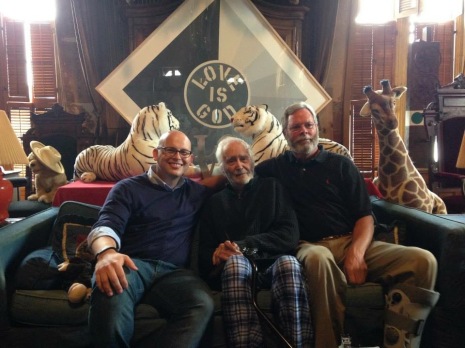 However, that is not the man Dick Bouslog and I met in the summer of 2015. For three hours, which is a lot for someone who was 86 at the time, he was gracious, he was warm and welcoming, and he was just another man who enjoyed conversation over coffee and cookies (my mom’s cookies, actually). 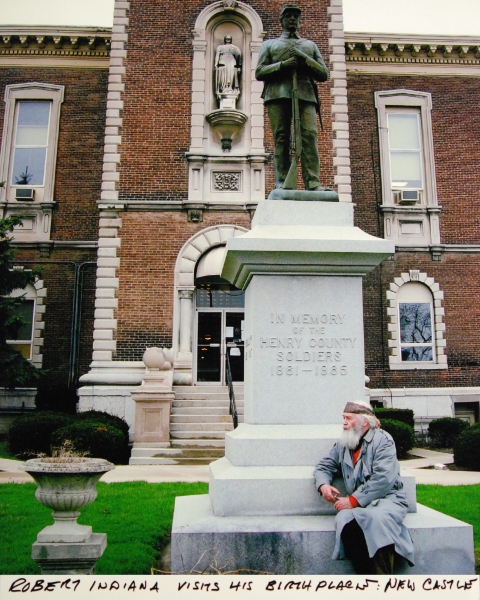 A photograph sent to me, thought to have been passing through New Castle in 2002 on his way to Indianapolis to commemorate the Indiana Obelisk at the Indiana State Museum with then Governor Frank O’Bannon.

He was an enigma and a recluse. So many people had tried to reach out to him after his permanent move to Vinalhaven, Maine, and without much success. The late John Dickey shared a note he had received from the artist when we showed a small exhibit of serigraphs at the Henry County Art Center, which was a rarity. I remember being floored looking back at that visit to the Star of Hope that he had a binder marked “Henry County Indiana,” which I regretfully did not ask to peruse. I can only imagine it was filled with his unreturned collection of correspondence from other community members and articles of interest. 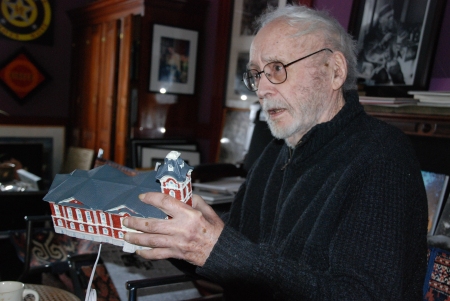 Though over due, I’m proud of how the New Castle community has taken to heart Bob’s legacy, which started with his first breaths in New Castle. A group of people have come together, whether it be with financing, fabricating, or organizing, to create our two LOVE sculptures, a beautiful mural that represents his life and works, and the Robert Indiana Parkway. During this sad time, I am comforted in the fact that I got to show Bob how he is loved and how his legacy will carry on in his “long ago hometown” before he passed. 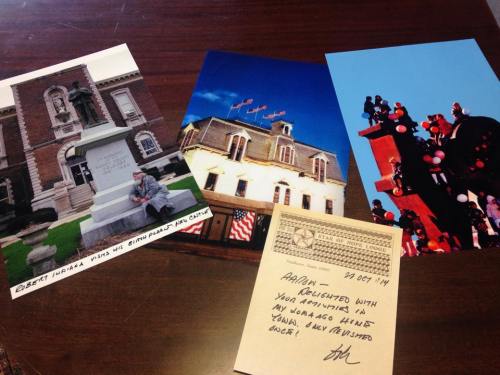 First contact: a package arrives at the New Castle, Indiana post office with the return address of The Star of Hope.

This artist is obviously world-renown for LOVE, a powerful message and theme in 1966 that will undoubtedly carry his legacy. But his life was so much more than that, such as his stint at the New York World’s Fair with his EAT sign in 1964, his breakthrough into modern art with American Dream I at the Museum of Modern Art in 1961, his avant-garde design and painting of the MECCA floor for the Milwaukee Bucks in 1977, or the reimagining of LOVE when he created HOPE in 2008.

Surely, HOPE is something Bob carried with him throughout his life. But that leads me to a word I think he embodied even more…RESILIENCE. Although that word can’t be made into a masterpiece as easily, to come from the beginnings from which he came, to endure the trials and tribulations he endured, it beyond question took resilience. Had he not exemplified that word, the world would be a little less colorful, a little more devoid of HOPE, and a little less full of LOVE. 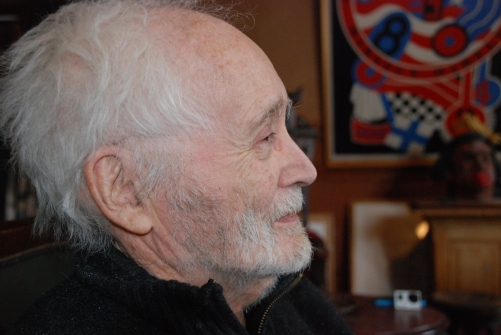 May his legacy of love, hope, and resilience live on.

The sun sets below Carver’s Pond behind The Star of Hope.